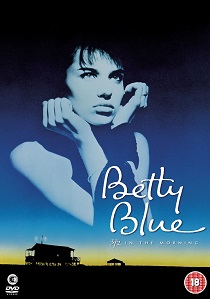 One of the most iconic films in the history of French cinema, Betty Blue arrives on Blu-ray on 25th November 2013 in a deluxe box-set, courtesy of Second Sight Films.

Jean-Jacques Beineix's erotically charged and visually intoxicating film heralded the arrival of a new screen icon Beatrice Dalle, who thrilled with her enthralling performance. Second Sight is delighted to bring both the director's cut and original theatrical version to Blu-ray and DVD for the first time, along with some fantastic bonus material in a stunning two-disc set and will be released as Betty Blue - Deluxe Two Disc Edition on 25th November 2013.

Laid-back handyman Zorg spends his time doing odd jobs on beach-front chalets, making chilli and harbouring dreams of becoming a writer. His life is turned upside down with the arrival or the beautiful but volatile Betty. They begin a romance fuelled by intense passion but as Betty turns increasingly violent and self-destructive, Zorg tries desperately to halt her slide into insanity

DVD
Arriving on DVD and Blu-ray 31st May 2021 from Acorn Media (UK), the hit police corruption drama from the makers of Bodyguard returns as Series Six of Line of Duty sees AC-12 facing their most ... END_OF_DOCUMENT_TOKEN_TO_BE_REPLACED
Top PicksView