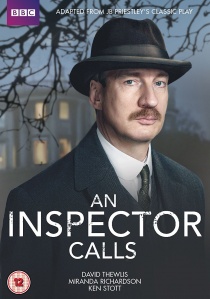 An emotionally powerful and sharply relevant adaptation of JB Priestley's timeless masterpiece. An Inspector Calls, released on DVD by BBC Worldwide on 21st September 2015, is both an enthralling mystery and a scathing critique of a hypocritical, class-obsessed society.

Set in 1912, it vividly evokes a thriving industrial age built on crippling social inequality. Taking place over the course of a single night, this taut, affecting and ultimately tragic story centres on the prosperous Birling family. They receive a surprise visit from Inspector Goole (David Thewlis) who is investigating the suicide of a young girl, a former factory worker of Mr Birling's.

Interrogating each family member in turn, Goole's incisive questioning reveals that each one not only had a connection to the girl but also may have played a significant part in her demise. As the family's callous actions are brought to light, so are dark and shameful secrets that threaten to tear the Birling household apart and destroy its reputation. 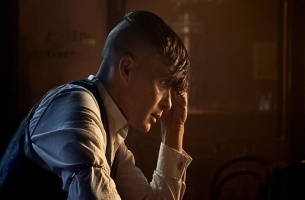 HotDVDBDTV
One last deal to be done. The final series of Steven Knight's award-winning drama Peaky Blinders based is released on DVD and Blu-ray 9th May 2022 from BBC Studios. END_OF_DOCUMENT_TOKEN_TO_BE_REPLACED
Comments
Hot Pick