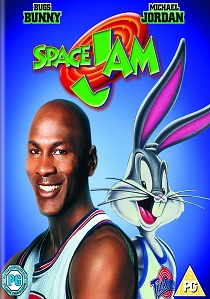 To celebrate the 20th anniversary of the beloved classic, Warner Home Video will release Space Jam, on 14th November 2016 for the very first time on UK Blu-ray. The new release will include; Commentary from Cast and Director, Featurettes and Music Videos, as well as New Steelbook Packaging exclusive to The Hut.

The world's greatest legends collide in a future universe with Jordan as a live-action hero entering a spectacular animated world. Captured by Bugs Bunny to foil a ghastly gang of space creatures, Jordan must play the basketball game of his life to save the beloved cartoon heroes from a hideous kidnapping scheme.

UHD
Now more stunning than ever before, return to the stunning locations and epic adventures in Peter Jackson's Middle-earth in The Hobbit Trilogy, arriving on stunning 4K UHD 30th November 2020 from ... END_OF_DOCUMENT_TOKEN_TO_BE_REPLACED
Hot PicksView

Yet to fulfill their rock and roll destiny, the now middle aged best friends set out on a new adventure when a visitor from the future warns them that only their song can save life as we know it as Bill & Ted Face The Music is released on DVD, Blu-ray and 4K UHD 25th January 2021 from Warner Home Video.
Movie quote

Starring #AngelinaJolie #ElleFanning, out our trending #NewsArticle on #Maleficent #MistressOfEvil available on…