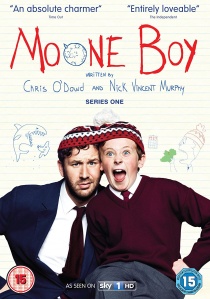 Chris O'Dowd co-writes and stars in Moone Boy, available on DVD from 15th October 2012 from 2entertain, a semi-autobiographical comedy about life growing up in Ireland in 1989.

Moone Boy is set in a small town and follows the antics of the youngest member of the Moone family, 11-year-old Martin Moone. Martin has a unique perspective on life aided by an imaginary friend, Sean Murphy, played by Chris O'Dowd (Bridesmaids, The IT Crowd).

Martin's imagination comes into play both in his childish drawings, which come alive through animation and in the ridiculous schemes he comes up with, against Sean's better judgement. With Sean's help, Martin negotiates life as the youngest in a chaotic, scatter-brained family helmed by Debra (Deirdre O'Kane) and Liam (Peter McDonald). Johnny Vegas, Steve Coogan, Simon Delaney and Norma Sheahan also appear in the show.

It is set and partly filmed in Boyle, County Roscommon, which is the town where Chris grew up.The series also features animated elements designed and supplied by Kilkenny-based 'Cartoon Saloon' (Skunk Fu, The Secret of Kells) 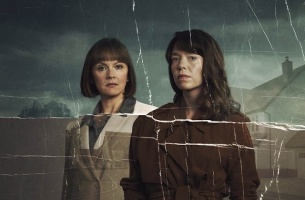