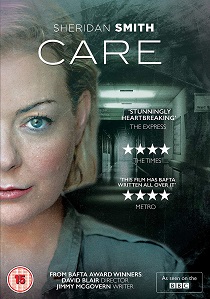 But when Mary suffers a devastating stroke and develops dementia, Jenny's world comes crashing down, as everything changes for her and her sister Claire (Sinead Keenan - Little Boy Blue, Being Human).

Finding herself torn between her own life and the wellbeing of her mother, Jenny soon discovers that another way could be possible - but she'll have to fight for it

Care is released on DVD 1st April 2019 from IMC Vision.

UHD
Based on the global blockbuster videogame franchise from Sega, Sonic The Hedgehog, released on DVD, Blu-ray and 4K UHD from 8th June 2020 from Paramount Home Entertainment, tells the story of the ... END_OF_DOCUMENT_TOKEN_TO_BE_REPLACED
Top PicksView