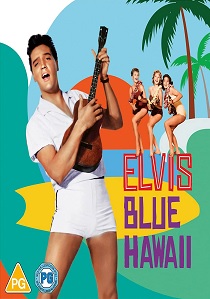 Ex-G.I. Chadwick "Chad" Gates is coming home to Hawaii. Though his mother (Angela Lansbury) expects him to take over the family business, Chad would rather wear an aloha shirt than a white collar. When he goes to work as a tour guide at his girlfriend's agency, it isn't long before a group of amorous gals fights for his attention.

The first of three Elvis movies shot in Hawaii, the film's GRAMMY-nominated album totalled 20 weeks at #1 on the Billboard 200.

Related Articles
The Manchurian Candidate, Mr. Popper's Penguins, Beauty and the Beast, Murder She Wrote: Season 6, Dr. Seuss' The Grinch
The King
For your consideration 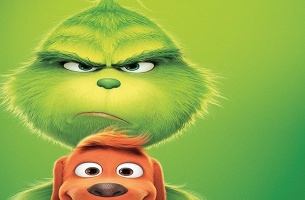 HotDVDBD
From the producers of Nobody and John Wick comes a bare-knuckle, coal-dark holiday action-comedy that says you should always bet on red as Violent Night sledges in on DVD and Blu-ray 6th March 2023 from Warner Home Video. END_OF_DOCUMENT_TOKEN_TO_BE_REPLACED
Top PicksView