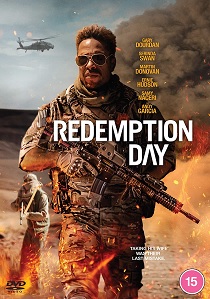 NewsActionWar / WesternAdventure
News Article Go back to homepage
When the love of his life is kidnapped and held for ransom, a war hero races against the clock to rescue her in a daring operation that pits him against the most powerful and shadowy forces as Redemption Day is released on DVD 15th March 2021 from Altitude Film Distribution.
Gary Dourdan, Serinda Swan, Andy Garcia, Brice Bexter, Ernie Hudson, Martin Donovan
Hicham Hajji
Hicham Hajji, David Zilberberg
Altitude Film Distribution
1 hour 29 minutes
15/03/2021
#RedemptionDay
Thank you for supporting DVD365.net when you order using the link(s) below. As an Amazon Associate we earn from qualifying purchases
Buy DVD
Information

After being awarded the Medal of Honor for his bravery during a firefight against ISIS, U.S. Marine Captain Brad Paxton (Gary Dourdan) is suffering from the long-term effects of being in a war zone and trying to adjust to civilian life. His wife, Kate, a renowned archaeologist, is given a once-in-a-lifetime career opportunity in Morocco, and Brad urges her to follow it.

Upon arrival, she is captured by a terrorist group who demand $10m for her release. Brad rushes to Morocco where the U.S. ambassador (Andy Garcia) has ceased negotiating after the deal jeopardizes United Nation's talks for future oil rights in the region.

As the unusual circumstances of Kate's abduction are revealed, Brad is forced to use his military skills in a daring and deadly operation to find the men responsible and save the woman he loves. 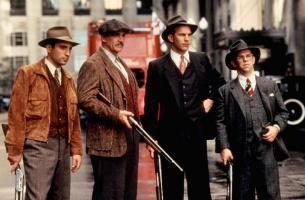