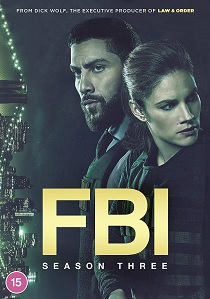 From Emmy® Award winner Dick Wolf and the team behind the Law & Order franchise, FBI: Season Three returns with more fast-paced drama about the inner workings of the New York office of the Federal Bureau of Investigation. This elite unit brings to bear all their talents, intellect and technical expertise on major cases in order to keep New York and the country safe.

This season, the team faces their deadliest challenges yet: rescuing a young girl from kidnappers, taking on domestic terrorists, confronting a merciless drug cartel, and even more heart-pounding adventures!

HotDVDBDUHD
The saga of Michael Myers and Laurie Strode continues in the next thrilling chapter of the Halloween series as Halloween Kills arrives on DVD, Blu-ray and 4K UHD 17th January 2022 from Universal Pictures (UK). END_OF_DOCUMENT_TOKEN_TO_BE_REPLACED
Top PicksView