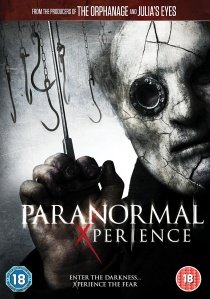 It is an abandoned outpost town, where a mythical killer, the sadistic Dr Matarga, tortured his patients in the darkness and solitude of the ancient salt mines. Now, it is the focus of Angela, a final year psychiatric student, and her study to disprove the paranormal.

Arriving in the remote and crumbling town, the scientific research is derailed when strange phenomena begin to occur. But is what Angela and her student friends are seeing real, are they going mad, or worse still, has the sinister Dr Matarga returned?

Terrified and alone, they try to free themselves and flee the town, but nothing they now experience, is quite what it seems.

Shot in full anamorphic 3D, from the producers of the multi-award winning, The Orphanage, this is a shockingly raw and atmospheric horror romp, featuring one of the most genuinely frightening and disturbing screen characters of the decade.