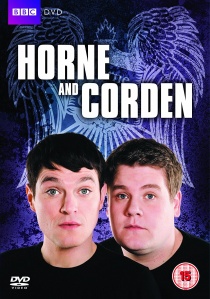 James Corden & Mathew Horne, who famously starred in Gavin and Stacey, have created a host of hilarious and original comedy characters.

Set both on location and in front of a studio audience Horne and Corden introduces viewers to a range provocative comic creations including a socially awkward spin on a fictional meeting between super heroes Spiderman and Superman. Meet Xander, an old boarding-school chum who seems to take pleasure in turning up at the most inappropriate moments. His unerring ability is to remind unsuspecting past acquaintances of cringe-worthy moments they'd sooner forget.

Mat and James take a jump into the world of sychronised swimming and we are also introduced to Tim Goodall, a TV journalist, who's more interested in sipping cocktails than delivering breaking news.

Introducing Jonny and Lee Miller, two flamboyant 'magicians' - their dance routines are not to be missed.

Christmas stockings everywhere are crying out to be filled full of laughter. Horne and Corden guarantees jokes in abundance as well as never-before-seen 'webisodes' which offer us a rare insight into the crazy world of Mat and James. 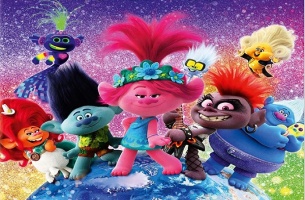 HotUHD
StudioCanal is thrilled to announce that the iconic cult classic, Highlander, is being released to own on 4K UHD for the very first time 31st October 2022 with brand-new artwork from celebrated artist Matt Ferguson. END_OF_DOCUMENT_TOKEN_TO_BE_REPLACED
Top PicksView