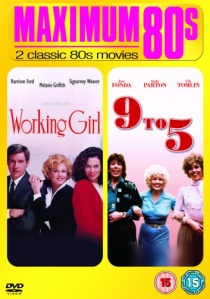 New York's favourite Working Girl Tess McGill (Melanie Griffith), steps literally into her boss's shoes - as well as her apartment, her corner office and her $6,000 dresses.

9 to 5 sees three more fast-talking working girls, Judy Bernly (Jane Fonda), Violet Newstead (Lily Tomlin) and the buxom Doralee Rhodes (Dolly Parton) trapping their nasty boss in his own house. Just how long do they keep him tied up for?

Following on from the success of Jumpin' Jack Flash, Whoopi Goldberg plays fast-talkin' streetwise cop Rita Rizzoli, who goes undercover to blow the lid off a local cocaine ring in Fatal Beauty.

Lawrence (Michael Caine) and Freddie (Steve Martin) are con-men; big-time and small time respectively, living in a town that ain't big enough for the two of them. Dirty Rotten Scoundrels follows the hilarious tale of how they try to sabotage each other.

From one group of con-men to another, the Three Amigos tells the story of out-of-work actors played by Steve Martin, Chevy Chase and Martin Short, who find themselves in a Mexican village, fighting a band of desperados who are terrorising the town.

The Angel Gang boys know they will find action, underage or not, at Porky's. But when the owner takes their money and humiliates them, the boys plot a hilarious revenge.

The students of Angel Beach High decide to stage 'An Evening with Shakespeare' in Porky's II. When their efforts are threatened by Miss Balbricker, they rely on the help of corrupt city officials seeking re-election. The gang don't get mad... they get even!

When young artist Jonathan Switcher (Andrew McCarthy) builds a department store mannequin (Kim Cattrell), he makes it so perfect, that he falls in love with it. Together, the two star-crossed lovers must outwit the store's bumbling security guard and scheming executives in Mannequin.

Andrew McCarthy plays a naive country boy, also called Jonathan in Class, who gets a scholarship to a 'classy' prep school. When he falls for suave roommate Skip's (Rob Lowe) mother, things get slightly tricky!

Anthony Edwards and Robert Carradine star as Gilbert and Louis in Revenge of the Nerds, a hilarious satire on college life. It's a brain vs. brawn battle when the football team jocks try to crush their misfit counterparts, but the nerds have the perfect plan to gain the upper hand.

Everyone's favourite nerds are back in Revenge of the Nerds II! This time, they are off to the United Fraternity Conference in Ft. Lauderdale, where they are misled and mistreated. But they once again strike back, proving the importance of self-respect in a wild and wacky lesson you'll never forget. 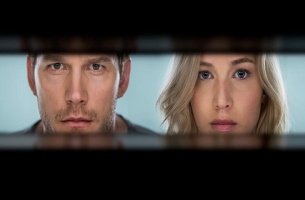