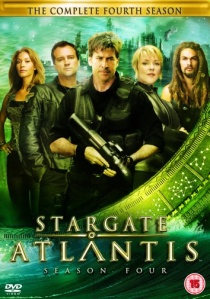 Follow the adventures of the Stargate crew as they continue their voyage to the lost city of Atlantis, in the hugely popular Stargate SG-1 spin off, Stargate: Atlantis Season 4, guest starring Amanda Tapping as Colonel Samantha Carter.

Released by MGM and Twentieth Century Fox Home Entertainment; Stargate: Atlantis launches with Volume 1 of the fourth season on 2nd June 2008. Subsequently Volume 2 is released on 16th June, Volume 3 on 30th June, Volume 4 on 14th July and Volume 5 on 28th July. The complete box set of all volumes is released on 4th August.

Created by Brad Wright and Robert C. Cooper, Season 4 sees the Stargate crew take a darker path after battle with The Asurans leaves them running out of power, cut off from earth and drifting into space. Alone and injured, the team are stranded with just their own resources; will this be enough to save Atlantis from destruction and ultimately save themselves?

Extras on the discs include exclusive deleted scenes, Stargate bloopers and features about new leader Amanda Tapping joining Atlantis and the return of Dr Beckett played by Paul McGillan. 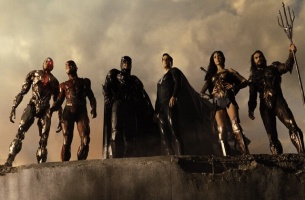 HotDVDBDUHD
The ninth film from the writer-director Quentin Tarantino features a large ensemble cast and multiple storylines in a tribute to the final moments of Hollywood's golden age as Once Upon a Time... in Hollywood arrives on DVD, Blu-ray and 4K UHD 9th December 2019 ... END_OF_DOCUMENT_TOKEN_TO_BE_REPLACED
Top PicksView