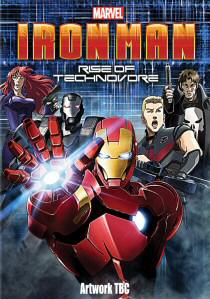 Produced by Madhouse and featuring Marvel Super Heroes such as War Machine, Nick Fury, Black Widow, Hawkeye and The Punisher, Iron Man: Rise Of Technovore is the explosive new chapter in the popular Iron Man franchise. After a deadly terrorist attack, Iron Man is blamed and must go on the run from S.H.I.E.L.D. and stop the insane villain Ezekiel Stane who has developed a new type of "bio tech" that seems to outclass even the Iron Man armor. The cast includes the voice talents of Matthew Mercer (Resident Evil Damnation) as Iron Man and Norman Reedus (The Boondock Saints II: All Saints Day, TV's The Walking Dead) as Punisher.

The DVD also comes equipped with two behind-the-scenes featurettes: "Tale of Technovore", exploring the animation, story and the adaptation of Marvel characters for the anime film; and "S.H.I.E.L.D.: Protecting the Marvel Universe", giving viewers an all-access look and brief history into the organization as portrayed in the comics and adapted in the film.

Billionaire Tony Stark, in his Iron Man armor, prevents an attack from a mysterious new foe, but innocent bystanders are killed, including his best friend War Machine, Lt. Colonel James Rhodes. Detained for questioning by S.H.I.E.L.D., Iron Man escapes, determined to find the mastermind behind the attack. Pursued by Black Widow and Hawkeye, Iron Man enlists the help of the ruthless vigilante The Punisher. But can the Armored Avenger handle what he finds when he catches the person responsible and is forced to face his deadliest weapon, a biotechnology called Technovore that could wipe out all life on the planet? 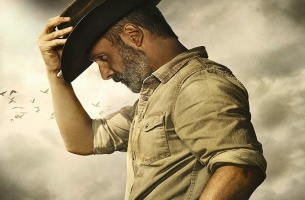 DVD
Released on DVD 4th April 2022 from BBC Worldwide, Golden Globe, Emmy and BAFTA winner Ben Whishaw stars in This Is Going To Hurt, Adam Kay's adaptation of his best-selling memoir about life as a junior doctor. END_OF_DOCUMENT_TOKEN_TO_BE_REPLACED
Top PicksView