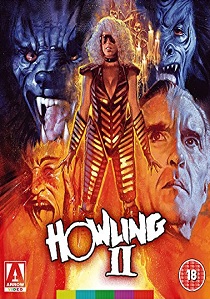 NewsHorror
News Article Go back to homepage
How do you follow up a film as iconic as Joe Dante's seminal werewolf epic The Howling? With a star turn from Christopher Lee and a leather-clad Sybil Danning in Howling II, released on dual-format DVD and Blu-ray by Arrow Video on 14th November 2016.
Christopher Lee, Annie McEnroe, Reb Brown, Sybil Danning, Judd Omen, Marsha A. Hunt
Philippe Mora
Steven A. Lane
Arrow Video
1 hour 31 minutes
14/11/2016
#HowlingII #YourSisterIsAWerewolf
Thank you for supporting DVD365.net when you order using the link(s) below. As an Amazon Associate we earn from qualifying purchases
Buy DVD
Buy BD
Information

How do you follow up a film as iconic as Joe Dante's seminal werewolf epic The Howling? With a star turn from horror legend Christopher Lee and a leather-clad Sybil Danning (The Red Queen Kills Seven Times), Howling II is more than up to the challenge!

After a young woman dies in violent circumstances, her brother is approached by a stranger (Lee) who reveals that she was in fact a werewolf. The brother's initial scepticism is quickly diffused when he encounters the fanged beasts first-hand. Now the pair, joined by a plucky journalist, must travel to Transylvania to destroy werewolf queen Stirba (Danning), and rid the world of lycanthropes once and for all.

Howling II is released on dual-format DVD and Blu-ray by Arrow Video on 14th November 2016. 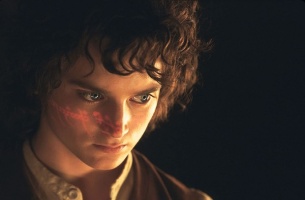 HotUHDBoxset
Now more stunning than ever before, return to the stunning locations and epic adventures in Peter Jackson's Middle-earth in The Lord of the Rings Trilogy, arriving on stunning 4K UHD 30th November 2020 from Warner Home Video. END_OF_DOCUMENT_TOKEN_TO_BE_REPLACED
Comments
BD Releases News Pick