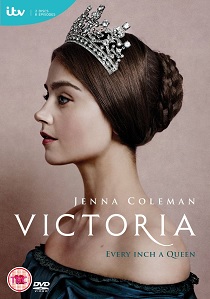 ITV Studios Global Entertainment is proud to announce the release of Victoria, available on DVD from 10th October 2016.

Victoria is the smash hit series dramatising the early years on the throne of one of Britain's greatest queens.

Central to the drama is the scandalous friendship between Victoria and her first prime minister Lord Melbourne (BAFTA nominated Rufus Sewell; The Man in the High Castle), and the romance with her cousin Prince Albert (Tom Hughes; The Game).