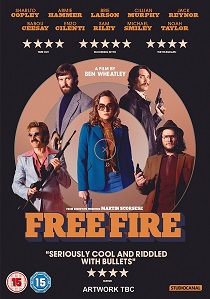 What starts as a polite if uneasy exchange soon goes south when tensions escalate and shots are fired, quickly leading to a full-on battle royale where it's every man (and woman) for themselves.