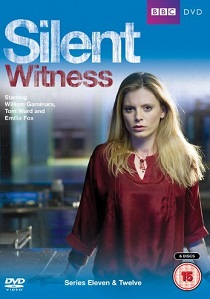 Series 11 kicks off with an RAF helicopter crashing into an asylum seekers' detention centre. Harry suspects a possible RAF whitewash and finds himself up against the Ministry of Defence who are struggling to cope with the demands of the wars in Iraq and Afghanistan. Subsequent stories see Leo searching for the identity of an African child whose dismembered torso suggests he's the victim of a ritual sacrifice and the killing of a notorious female murderer that forces Nikki to revisit an emotive and controversial case from her past. Plus a trail of murders lead to a hospital cover-up.

At the start of Series 12 Leo is arrested for drink driving and finds himself doing community service on a rough London estate where gang violence among kids is common. When Nikki investigates a murder of a young girl from the same estate, Leo finds himself in the midst of a turf war. Elsewhere Harry mentors an eager medical student who seems more interested in the media frenzy over his latest case than pathology, and Nikki investigates an armed raid on a terrorist cell, facing increasing police hostility to her investigation as she begins to suspect the victims are innocent...

UHD
Evil resurfaces in Derry as director Andy Muschietti reunites the Losers Club in a return to where it all began with IT Chapter Two, the conclusion to the highest-grossing horror film of all time, ... END_OF_DOCUMENT_TOKEN_TO_BE_REPLACED
Hot PicksView