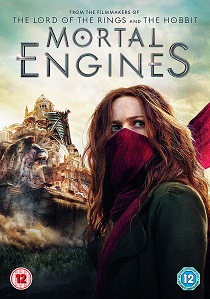 Hundreds of years after our civilization was destroyed, a new world has emerged in Mortal Engines. A mysterious young woman named Hester Shaw (Hera Hilmar, Anna Karenina) leads a band of outcasts in the fight to stop London - now a giant predator city on wheels - from devouring everything in its path.

Mortal Engines on 4K Ultra HD and Blu-ray offers the ultimate in-home high-def viewing experience of the film's one-of-a-kind special effects. There are more than sixty minutes of behind-the-scenes bonus features including an in-depth look at how filmmakers brought Mortal Engines' vision of the future to life as well as a director's commentary with Christian Rivers.

Based on the award-winning book series by Philip Reeve, Mortal Engines is the epic adventure directed by Oscar®-winning visual-effects artist Christian Rivers (King Kong). Joining Rivers are The Hobbit and The Lord of the Rings trilogies three-time Academy Award®-winning filmmakers Peter Jackson, Fran Walsh and Philippa Boyens, who penned the screenplay.

Related Articles
Hacksaw Ridge, Patrick Melrose, The Matrix, Hacksaw Ridge, Strangerland, The Dressmaker, Cloud Atlas, Captain America: The First Avenger, The Lord of the Rings: The Fellowship of the Ring (Special Extended Edition), The Lord of the Rings: The Fellowship of the Ring, The Matrix, Black 47, V for Vendetta, The Lord of the Rings Trilogy, The Hobbit Trilogy, The Wolfman
Braven, Justice, Don't Breathe, Gridlocked, The Asylum, Gutshot, The Nut Job, Officer Down, Conan the Barbarian, Avatar: Extended Collector's Edition, Avatar, The Men Who Stare At Goats, The I Inside, Don't Breathe 2
The Ottoman Lieutenant
Fortitude: Season 2, Moonwalkers, The Messager, The Mortal Instruments: City of Bones, Accused: Series 2, Bad Samaritan, The Umbrella Academy: Season 1, The Umbrella Academy: Season 2
Comfort and Joy, Minder: The Dennis Waterman Years, Minder, Abduction Club, Luther: Series 5
The Kid
For your consideration 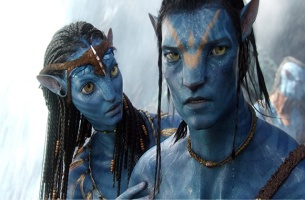 UHD
When an alien spacecraft of enormous power is spotted approaching Earth, Admiral James T. Kirk resumes command of the USS Enterprise in order to intercept it, in the ... END_OF_DOCUMENT_TOKEN_TO_BE_REPLACED
Top PicksView