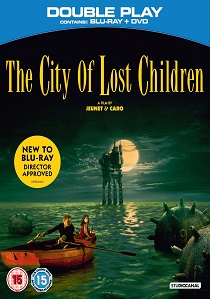 From the creators of the surreal cult classic Delicatessen (1991), Caro and Jeunet's hugely acclaimed 1995 follow-up The City Of Lost Children is equally weird and wonderful. A dazzling fantasy adventure starring Ron Perlman (Sons of Anarchy, Drive), with stunning visuals from Darius Khondji (Se7en), costumes by Jean-Paul Gaultier and a haunting score by David Lynch collaborator Angelo Badalamenti, the film cemented Jeunet and Caro's reputation as film-makers with a unique vision and prompted Radio Times to write: "For those who thought films could do nothing new, prepare to be surprised."

The City Of Lost Children is the story of Krank, a tormented scientist who sets about kidnapping local children in order to steal their dreams and so reverse his accelerated ageing process. When local fisherman and former circus strongman One (Ron Perlman) has his brother kidnapped by Krank's henchmen, he sets out on a journey to Krank's nightmarish laboratory, accompanied by a little orphan girl called Miette.

Prolific actor Ron Perlman has starred in over 200 films and TV shows, including Drive, Hellboy and Conan, and is world famous for his role as Clay in hit series Sons of Anarchy.

Jean Rabasse won the CESAR in 1996 for Best Production Design for his work on this film.

Cinematographer Darius Khondji has since worked for David Fincher, Roman Polanski, Danny Boyle, Woody Allen and Michael Haneke, and was nominated for an OSCAR for Best Cinematography for Evita in 1997.

Legendary French fashion icon Jean-Paul Gaultier designed the extraordinary costumes for the film. He followed this up with costume design for The Fifth Element. 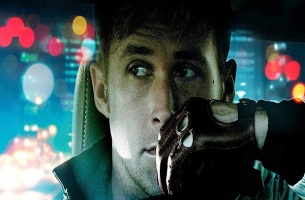 BD
A stellar cast sizzles in Heat, a taut psychological drama about an obsessive detective and a brilliant thief whose fates are linked in the aftermath of a high-stakes securities heist, released on 4K UHD 8th August 2022 from ... END_OF_DOCUMENT_TOKEN_TO_BE_REPLACED
Top PicksView