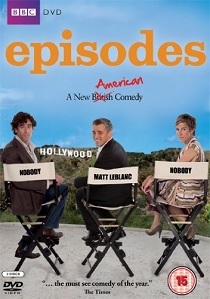 Released by 2entertain on 28th Feburary 2011, Matt LeBlanc plays a deliciously outrageous version of himself in the laugh-out-loud comedy Episodes, a hilarious new comedy series from the highly acclaimed writing partnership of David Crane (Friends) and Jeffrey Klarik (Mad About You).

Episodes is the story of a happily married English couple, Sean and Beverly Lincoln who also happen to be successful producers of a hit British TV show called Lyman's Boys. At an awards ceremony in London they are wooed by a hugely powerful and charismatic US network executive who persuades them to move out to LA and remake their hit show for an American audience - with disastrous results.

Things begin to unravel at Sean and Beverly's first studio meeting. It soon becomes clear that the network president has never even seen their show. To make matters worse, he insists they replace their lead actor, a Royal Shakespeare veteran played by Richard Griffiths with Matt LeBlanc. Sean and Beverly are appalled. But the decision is out of their hands. Matt comes on board and they find themselves in a complicated triangle, which threatens to destroy not just their TV show but their marriage too.

The quintessential US comedy star Matt LeBlanc plays a larger than life version of himself. Joining him are Tamsin Greig (Green Wing, Love Soup, Shaun of the Dead), Stephen Mangan (Free Agents, Never Better, Green Wing), Kathleen Rose Perkins (Without A Trace, Tell Me You Love Me), Mircea Monroe (Scrubs, Without A Trace), Daisy Haggard (Psychoville, Sense and Sensibility) and Richard Griffiths (The History Boys, Withnail and I). 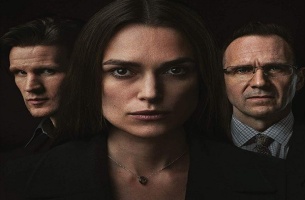 UHD
One of the most compelling and conflicted characters in Sony Pictures Universe of Marvel Characters comes to the big screen as Jared Leto transforms into the antihero Michael Morbius as Morbius is released on 4K Ultra HD, Blu ... END_OF_DOCUMENT_TOKEN_TO_BE_REPLACED
Top PicksView