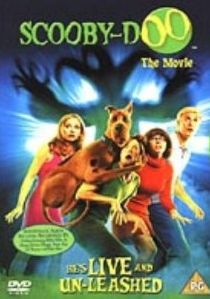 Fred, Daphne, Velma, Shaggy and of course Scooby-Doo are veteran members of Mystery Inc. Whenever a ghostly apparition appears they are on hand to solve the mystery which, more than often, results in the janitor being revealed as the person behind all the spooky goings on. However, with all their experience the gang have become a little blasé about it all.

Fred has become the self appointed leader of the gang and takes all the credit for their successes leaving Velma under appreciated whilst he reveals in the media spotlight. Daphne has also become resentful that she is always the one who requires rescuing, whilst Shaggy and Scooby-Doo are, well, Shaggy and Scooby-Doo. It was all bound to end in tears and, sure enough, the gang decide to go their separate ways.

Two years after the split the gang are individually summoned to Spooky Island to investigate a series of paranormal incidents at the ultra-hip Spring Break hot spot. Concerned that the resort might be haunted, island owner Emile Mondavarious attempts to reunite the gang and solve the mystery before the spooky goings on scare away the college crowds. It sounds just like another ordinary investigation. Want to bet?

The picture is bright and colourful with plenty of detail. Although the bit-rate is only average the picture exhibits no signs of artifacting or other picture imperfections. There's plenty of dark and gloomy interior scenes and these can sometimes prove to be a bit of a challenge to the DVD encoding process, especially when the film makers tried to reproduce those classic interiors from the animated series.

Fortunately, there's no signs of any outlining or edge enhancements and blacks remain most definitely black throughout. The only problem is that the clarity of the picture reproduction shows up the poor quality of the computer animated ghosts. I think they must have spent most of their budget on animating Scooby-Doo and his impressive fur coat.

The sound is reasonable enough, but for what is essentially an action film it was a little on the disappointing side. The dialogue is crisp and clear in the centre channel and it was well balanced with the musical part of the soundtrack and there was never any need to adjust the volume. The only disappointing part came from the rear of the soundstage, or rather the lack of it. Whilst there were reasonable amounts of surround effects I felt that there should have been far more ambient effects, after all it is a "spooky" movie.

The menus are nicely animated and scored with Scooby-Doo running around in his usual whimpering state until issued with the hero inducing Scooby-Snack. The extras are good enough with something to keep everybody interested, even if selecting a menu item can be a bit of a challenge. There's some fully rendered Deleted Scenes, an Alternate Animated Opening Aequence, various Making Of featurettes plus two Audio Commentaries from the cast members and the film maker.

The Audio Commentary from the cast members is rather poor with lots of silence and only a few comments about the size of various peoples butts and whether it was their stunt double. The film makers audio track is, unsurprisingly, much more informative and interesting. There's also loads of fun items on the DVD-ROM section of the disc with six of quickie games for the younger members of the family and a nice print shop and desktop items for the "bigger" kids.

Star of the film isn't the impressively computer generated Scooby-Doo, but Matthew Lillard as the stoner Shaggy. Not only does he bare some resemblance to his animated character, and to be fair so do the other cast members, but boy does he sound like the original Shaggy. The classic interaction between Scooby-Doo and Shaggy is one of the few redeeming features of the film, the other being Sarah Michelle Gellar in a short mini-skirt!

Although trumpeted as a success, with a sequel penned for release in 2004, I have a nasty suspicion that plenty of bulking has occurred to make the release more attractive to the casual buyer. Mind you, it certainly needs it as the script writers must have eaten too many "Scooby-Snacks" with a truly bizarre script and plot that, frankly, borders on the ridiculous. The script writers definitely lost the plot with this one. Did nobody bother to watch any of the original animated series?

Warner should take some credit with this package as they've certainly managed to add much needed value in the form of the extras. When this is taken with the price of the disc it becomes an attractive proposition indeed. You should certainly consider exploring this title, but tread carefully. Perhaps a Scooby-Snack is in order first. Zoinks!