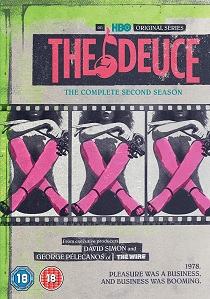 Released on DVD and Blu-ray 4th February 2019 from Warner Home Video, Season 2 of The Deuce captures the disco era in all its excesses before developers, crack cocaine, AIDS and videotapes conspire to end the debauched glory of Times Square.