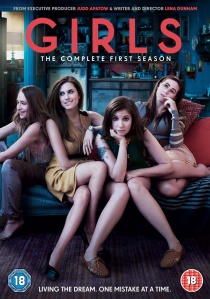 The wait is over as here comes the Girls... in the TV show everyone has been talking about. Taking a bold and excruciatingly funny look at life in your 20s, the Primetime Emmy® award-winning Girls: The Complete First Season is out on DVD, Blu-ray and Download from 4th February 2013, from HBO Home Entertainment.

Sharp, intelligent and refreshingly brilliant, Girls is the latest unmissable comedy from HBO, combining the multi-award winning team of Judd Apatow (The Five Year Engagement, Bridesmaids) and the sensational up-and-coming actress, writer and director Lena Dunham (Tiny Furniture). With a good dose of wit and humility, Dunham captures a variety of hilarious and extremely intimate observations on the relationships and rare triumphs of a group of girls getting by in New York - literally warts and all.

The critically-acclaimed show follows Hannah (Dunham); a 24-year-old aspiring writer living in Brooklyn who thinks she might just be the voice of her generation. She's been cut off financially from her parents but despite her pleas Hannah has to put aside her dreams and leave her internship to find a job that actually pays. Her friends, Marnie (Alison Williams), Jessa (Jemima Kirke) and Shosanna (Zosia Mamet) all have their own problems of being urban dwellers post-college, from relationship trials to career tribulations.

Nominated for four Emmys® and winner of a Primetime Emmy Award® for Outstanding Casting for a Comedy Series (Jennifer Euston), Girls is laced with a relatable poignancy and wicked humour which might just make it the voice of the post-recession generation, who can hardly afford lunch, let alone Manolos.

Adam Sackler (Adam Driver) is the guy Hannah sleeps with sometimes - when he decides to answer her texts. He's an actor-writer-woodworker (triple threat!) with a small subsidy from his grandmother and a love of dirty talk and even dirtier sex. Charlie (Christopher Abbott) is the painfully devoted boyfriend of Marnie, who recently discovered some damning comments about his libido-wilting ways in the diary of Marnie's best friend, Hannah.

And Ray Ploshansky (Alex Karpovsky) is Charlie's friend and manager of the coffee shop where Hannah eventually ends up working. Ray is very protective of Charlie and initially refuses to help Marnie get back together with him. He also helps take care of Shoshanna after she accidentally smokes crack at a rave. 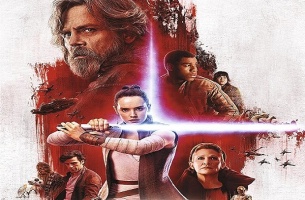