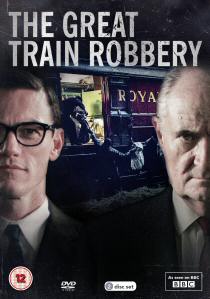 Acorn Media is delighted to announce the release of a powerful drama that offers a brand new take on one of Britain's biggest and best known heists The Great Train Robbery.

Penned by Broadchurch creator Chris Chibnall, The Great Train Robbery is made up of two fantastic films. A Robber's Tale follows the story of the people behind the crime of century, led by Bruce Reynolds, the key planner of the 1963 heist and A Copper's Tale, focuses on the team of detectives assembled to bring the robbers to justice. This outstanding new drama airs on BBC One 18th and 19th December 2013 and will be released on a DVD as a two-disc set on 6th January 2014.

A Robber's Tale begins with Britain waking up to news of the biggest robbery in the country's history. A train has been hijacked and robbed, 35 miles from its arrival in central London. The country is stunned: who could be behind it? How did they pull off such an audacious raid?

This is the true story of the key protagonists, led by Bruce Reynolds (Luke Evans - Clash Of Titans) and their execution of the great crime. Told from the perspective of the perpetrators, it details how a group of mid-level criminals teamed together with a corrupt solicitor to pull off a major theft that baffled and frustrated the police and thrilled the general public.

A Copper's Tale stars Jim Broadbent (Le Weekend) alongside Evans and Compston and begins with a slumbering police force awakening to news of a robbery. But the extent of it will only become evident over the next few days.

At Buckinghamshire CID, there is a frantic scramble down to the crime scene, where 65 policemen are searching for the lost engine of a train, unaware that any money has even been stolen. But as the scale of the robbery becomes apparent, it's clear that the local CID is not equipped to solve a crime of this magnitude. They need help. With the clock ticking, six of the best officers from across London are assembled to form an elite investigation team. 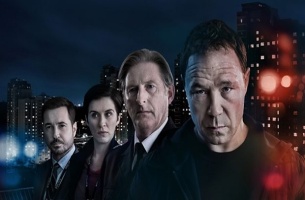