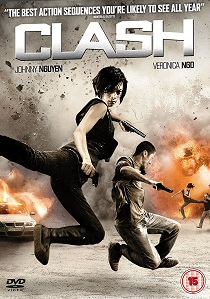 Ngo stars as Trinh - codename Phoenix - a beautiful young woman forced to become a mercenary thief by a powerful gangland boss and criminal mastermind known as Black Dragon (Hoang Phuc), who has 'rescued' her from a former life of homelessness and prostitution. Black Dragon's leverage in the deal is Trinh's daughter, whom he intends to hold ransom until Trinh completes a number of 'missions' on his behalf. Trinh's latest assignment is to steal a laptop containing a hard drive that holds the codes used to control a Vietnamese satellite defence system - a priceless commodity on the black market.

While putting together the A-Team style group of specialists she needs to assist her, she meets Quan (Nguyen), aka Tiger, who proves to be an invaluable asset to the team, not least because he has his own private interests in the codes and in Black Dragon himself. When the heist goes awry and results in a violent bloodbath thanks to a double-crossing member of Trinh's gang, she and Quan form an allegiance based not only on trust but also on a growing attraction to each other and set out to finish the job at hand. But trust can be a fragile thing, especially when the motives of those involved begin to collide.

Featuring plenty of suspense, many breathtaking stunt sequences, tons of explosive gunplay and a feast of stunning 'old school style' mixed martial arts fight scenes, Clash delivers everything an action movie should and firmly establishes relative newcomer Victoria Ngo as one of the hottest female action stars around.

DVD
Tender and violent, terrifying and comic, The English, released on DVD 19th December 2022 from Dazzler Media., takes the arrows and bullets of its genre only to twist them into a uniquely compelling parable on gender, race, ... END_OF_DOCUMENT_TOKEN_TO_BE_REPLACED
Top PicksView