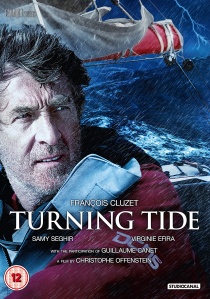 Franck Drevil (Guillaume Canet, Tell No One) is Team DCNS' star skipper, having won the latest Vendee Globe - the most prestigious round-the-world single-handed yacht race in the world. However, with this year's race approaching, a sudden accident forces Franck to withdraw. Franck's team member Yann Kermadec (Francois Cluzet, The Intouchables), who has watched in Franck's shadow for ten years, sees his dreams suddenly come true as he replaces him at the last minute. Not only is Yann going to race his first Vendee Globe, but it will also be his first time racing on his own.

Yann is fiercely driven to win and manages to reach a leading position a few days into the race, but after stopping to fix a damaged rudder, the discovery of a young stowaway in the heat of the race will force him to put everything into question.

HotUHD
A decade-defining classic from the imagination of Steven Spielberg and Chris Columbus, celebrating its 35 year anniversary, The Goonies is released on 4K UHD 31st August 2020 from Warner Home Video. END_OF_DOCUMENT_TOKEN_TO_BE_REPLACED
Top PicksView