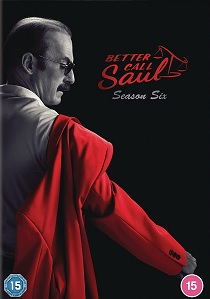 Better Call Saul's final season concludes the complicated journey and transformation of its compromised hero, Jimmy McGill, into criminal lawyer Saul Goodman. From the cartel to the courthouse, from Albuquerque to Omaha, season six tracks Jimmy, Saul and Gene as well as Jimmy's complex relationship with Kim, who is in the midst of her own existential crisis.

Meanwhile, Mike, Gus, Nacho, and Lalo are locked into a game of cat and mouse with mortal stakes 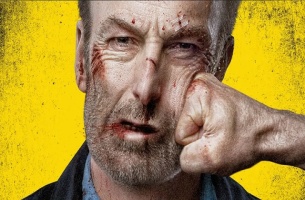 HotDVDBDUHD
In Nobody, released on DVD, Blu-ray and 4K UHD 13th September 2021 from Warner Home Video, a bystander who intervenes to help a woman being harassed by a group of men becomes the target of a vengeful drug lord. END_OF_DOCUMENT_TOKEN_TO_BE_REPLACED
Comments
DVD Releases News Pick

DVD
In Brian And Charles, released on DVD and Blu-ray 10th October 2022 from Mediumrare, an inventor lives alone in a remote village in the countryside, inventing useless things out of found objects in his garage. That is until ... END_OF_DOCUMENT_TOKEN_TO_BE_REPLACED
Top PicksView