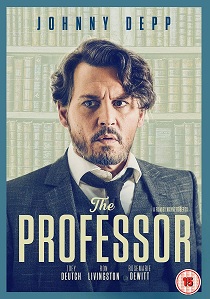 Depp plays a college professor who decides to live his last chapter with reckless abandon after being diagnosed with a terminal illness alongside A-list costars Rosemarie DeWitt, Zoey Deutch, and Golden Globe® nominee Ron Livingston (2002, Best Supporting Actor, TV's Band of Brothers). Produced by Oscar®-winner Greg Shapiro (2008, Best Picture, The Hurt Locker; with producers Kathryn Bigelow, Mark Boal, and Nicolas Chartier), Braden Aftergood (Hell or High Water), and Brian Kavanaugh-Jones (Midnight Special), and written and directed by Wayne Roberts, this rogueishly humorous and touching film is not to be missed!.

Johnny Depp delivers a wickedly funny performance as Richard, a buttoned-down college lecturer who, after learning he has six months to live, transforms into a rebellious party animal. To the shock of his wife (Roasmarie DeWitt) and school chancellor (Ron Livingston) - and the delight of his students - Richard leads a hilarious crusade against authority and hypocrisy in this dark comedy costarring Zoey Deutch. 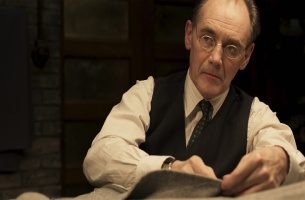 HotDVDBDUHD
An expert cutter must outwit a dangerous group of mobsters in order to survive a fateful night in The Outfit, released 1st August 2022 on DVD, Blu-ray and 4K UHD from Dazzler Media. END_OF_DOCUMENT_TOKEN_TO_BE_REPLACED
Comments
BD Releases News Pick

BD
In The Duke, released on DVD and Blu-ray 13th June 2022 from Warner Home Video, Kempton Bunton, a 60 year old taxi driver, steals Goya's portrait of the Duke of Wellington from the National Gallery in London. END_OF_DOCUMENT_TOKEN_TO_BE_REPLACED
Top PicksView