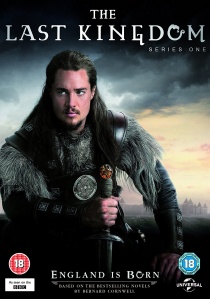 England, 872. A Saxon man, raised by Danes, must choose a side and play his part in the birth of a nation, alongside the man who would become known as King Alfred the Great. Centred around the wars between the Saxons and Danes during the ninth century, The Last Kingdom is released on DVD and Blu-ray by Universal Pictures (UK) on 14th December 2015.

Alexander Dreymon stars as the warrior Uhtred of Bebbanburg, the son of a Saxon nobleman who was captured by the Danes as a child and raised as one of their own. After Uhtred is blamed for an English uprising he is imprisoned along with fellow captive Brida (Emily Cox).

When they are released the pair flee to Winchester, the capital of Wessex, and pledge allegiance to King Alfred (David Dawson). Uhtred takes on the role of training the Saxon forces but will he remain loyal to the country of his birth or will he turn back to those who raised him?

BD
Now more stunning than ever before, return to the stunning locations and epic adventures in Peter Jackson's Middle-earth in The Hobbit Trilogy, arriving on stunning 4K UHD 30th November 2020 from ... END_OF_DOCUMENT_TOKEN_TO_BE_REPLACED
Hot PicksView