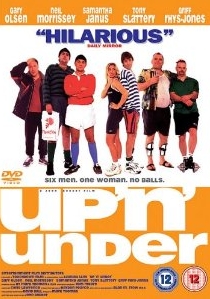 NewsComedy
News Article Go back to homepage
Some of Britain's best known comedy stars are brought to the small screen in the sporting comedy Up 'N' Under, which is released by Entertainment in Video and is available to buy on DVD on 6th October 2008.
Adrian Hood, Neil Morrissey, Ralph Brown, Samantha Womack, Richard Ridings, Gary Olsen
John Godber
Clive Waldron, Mark Thomas, David Ball
Entertainment in Video
1 hour 39 minutes
06/11/2008
Thank you for supporting DVD365.net when you order using the link(s) below. As an Amazon Associate we earn from qualifying purchases
Buy DVD
Information

Some of Britain's best known comedy stars are brought to the small screen in the sporting comedy Up 'N' Under, which is released by Entertainment in Video and is available to buy on DVD on 6th October 2008.

After accepting an outrageous bet to unseat the local amateur Rugby League reigning champs, Arthur Hoyle is left tackling a ragtag bunch of beery boozers and finds transforming them into lean, mean, rugby machines is a little trickier than he'd anticipated!

Fanatical ex-Rugby League professional Hoyle (Gary Olsen) has nothing but love for the beautiful game but when he is unwittingly roped into a high stakes bet with local entrepreneurial rogue and rival amateur Rugby League manager, Reg Welch (Tony Slattery), his love and faith are tested to the maximum! After accepting a bet that could potentially leave his nest egg bare, Arthur struggles to convince his beer loving rugby mates at his Yorkshire local, 'The Wheatsheaf Arms', that embracing training doesn't necessarily mean hugging the barmaid!

Staring crippling defeat and bankruptcy square in the face, Arthur is forced to play what he hopes is his trump card...a female coach! Super-sexy, local gym owner and fitness fiend, Hazel Scott (Samantha Janus) can't resist a challenge and the regulars at 'The Wheatsheaf Arms' are certainly one of those! Diving in at the deep end, Hazel and Arthur battle through mud and more to work off those beer bellies and tussle with Rob's reigning champs from 'The Cobblers Arms', in the hope of saving face and finances! 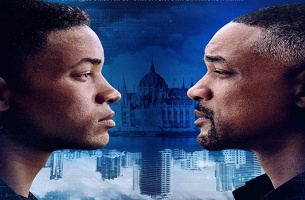