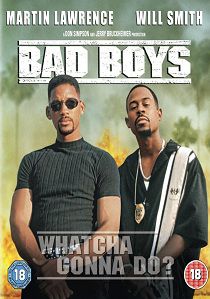 Starring Will Smith (Hancock, Men in Black I & II) and Martin Lawrence (Big Momma's House I &II, Boomerang), the film features the comedic duo as narcotics officers in an intense game of cloak and dagger as they battle crooked cops and the evil underworld of the Miami drug cartel in a frantic search to recover 100 million dollars in stolen heroin. This film also features Téa Leoni (Flirting with Disaster), Joe Pantoliano (Bound) and Michael Imperioli (The Sopranos).

Funking up this "bad" Blu-ray are three hip-hop videos as well as a documentary "Putting the Boom & Bang in the Bad Boys" and commentary with Michael Bay. The Blu-ray Disc also features movieIQ+sync, a new and immersive BD-Live movie watching experience that uses a connected, real-time movie database. With a movieIQenabled Blu-ray Disc and an internet connected Blu-ray player, movie fans can dive into continuously updated information on cast & crew while exploring relevant trivia such as production facts, music and soundtrack information, all tied to scenes within the movie. Additionally, movieIQ+syncgives viewers the full movieIQ experience on their computer or iPhone by linking to the Blu-ray Disc.

From director Michael Bay (The Rock, Armageddon) and the production team of Jerry Bruckheimer (Beverly Hills Cop, Top Gun) and Don Simpson (The Rock) comes a thrill ride of explosive action from beginning to end. Will Smith (Men in Black I & II, Independence Day) and Martin Lawrence (Big Momma's House I &II, Boomerang) team up as partners in crime - crime-fighting that is - in this action-packed flick about a couple of good guys who are real BAD BOYS!

One hundred million dollars worth of confiscated heroin has been stolen from police custody. Once the career bust of Detective Mike Lowery (Will Smith) and Marcus Burnett (Martin Lawrence), the missing drugs now threaten to shutdown the narcotics division of the Miami Police Department. 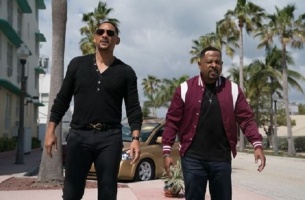 HotDVDBDUHDDIGITAL
Will Smith and Martin Lawrence are back on the case in the roles that launched the dynamic duo to global superstardom in Bad Boys For Life, arriving on DVD, Blu-ray and 4K UHD 25th May 2020 from Sony Pictures Home Entertainment. END_OF_DOCUMENT_TOKEN_TO_BE_REPLACED
Comments
DVD Releases News Pick