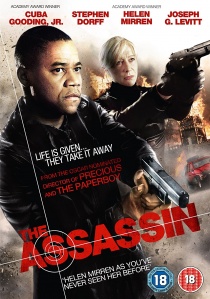 Life is given... They take it away. Directed By Lee Daniels (Precious, The Paperboy) and Starring Helen Mirren (Red, The Debt, Hitchcock), Cuba Gooding Jr. (Red Tails, One In The Chamber), Stephen Dorff (Public Enemies, Immortals) and Joseph Gordon Levitt (Looper, Premium Rush), The Assassin is released on DVD By High Fliers on 18th February 2013.

When a brutal crime lord wants his wife dead, he hires lethal trained assassins Mikey (Cuba Gooding Jr.) and Rose (Helen Mirren). However, when they discover that the wife is pregnant they have a change of heart. Driven by a fierce protective instinct the two killers take their intended victim and begin a harrowing life on the run. The Assassin is a full throttle, edge of the seat thriller that delves into the harsh world of organised crime and uncovers the dangerous and complex lives of trained killers. 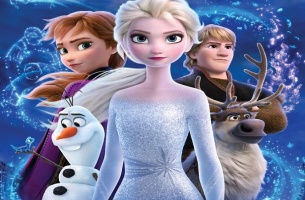 HotDVDBD3D-BDUHD
Why was Elsa born with magical powers? The answer is calling her and threatening her kingdom. Together with Anna, Kristoff, Olaf and Sven, she'll set out on a dangerous but remarkable journey as Frozen 2 arrives on DVD, Blu-ray, 3D Blu-ray and 4K UHD 30th March 2020 from ... END_OF_DOCUMENT_TOKEN_TO_BE_REPLACED
Comments
BD Releases News Pick

BD
In Brian And Charles, released on DVD and Blu-ray 10th October 2022 from Mediumrare, an inventor lives alone in a remote village in the countryside, inventing useless things out of found objects in his garage. That is until ... END_OF_DOCUMENT_TOKEN_TO_BE_REPLACED
Top PicksView