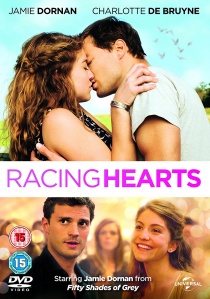 One of Colin's potential clients, a rich Arab sheikh (Ali Suliman), is a passionate pigeon fancier who has been trying to buy a champion pigeon "Wittekop" from Flanders, but the owner, Jos Pawels, has been stubbornly refusing his offers. In an attempt to gain the sheikh's business, Colin proposes a deal: if he can convince Jos Pauwels to sell the pigeon, then the sheikh will sign with his company.

Colin sets off for Flanders, to the small village of Bunderzele, pretending to be teacher looking for the grave of his great-grandfather who died in World War I. Colin meets Isabelle, Jos Pauwels' lovely granddaughter, and uses her to accomplish his assignment. But Wittekop, the Flemish villagers and wonderful Isabelle confront him with the biggest question: what is really important in life?

DVD
Stuck in a meaningless job and drowning in the alcoholism that cost him his marriage, Jack Cunningham is asked to coach the basketball team at his alma mater, in Finding The Way Back is released on ... END_OF_DOCUMENT_TOKEN_TO_BE_REPLACED
Hot PicksView