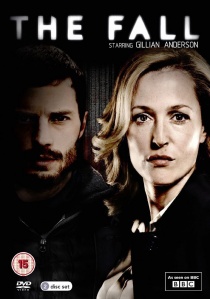 Hollywood A-lister Gillian Anderson stars in a gripping new five-part psychological thriller from the BBC, The Fall, which comes to DVD and Blu-ray on 17th June 2013, courtesy of Acorn Media. The Fall is an enthralling drama that forensically examines the lives of two hunters - one a serial killer that stalks his victims at random - the other a high-powered detective superintendent brought in to catch him.

Gillian Anderson (Great Expectations, The X Files) is DSI Gibson, who arrives in Belfast on secondment from the Met to conduct a review into a high profile murder case where the police are getting nowhere. She quickly realises that the case is linked to others and that there is a deadly serial killer at large. Jamie Dornan (Once Upon a Time, Shadows in the Sun) is the serial killer, Paul Spector who stalks his victims at random in and around Belfast.

Also starring Archie Panjabi (The Good Wife), John Lynch (Labyrinth) and Laura Donnelly (Insatiable) and Written by Allan Cubitt (Prime Suspect 2, The Hanging Gale, The Boys Are Back), The Fall is a gripping psychological thriller that follows the police investigation uncovering the intricate story of the lives entangled by a series of murders - both the killer's and the victims' families.

The clock is ticking.