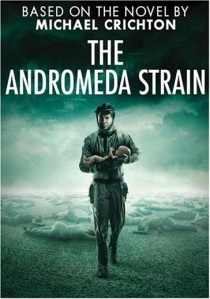 Universal Pictures is delighted to announce the DVD release of a not-to-be-missed epic television event The Andromeda Strain, an all star brand new version of the legendary Michael Crichton's classic sci-fi novel of the same name. When the book was first published in 1970, followed closely by Robert Wise's film in 1971, the story captured the world's attention by focusing on a biological crisis instead of the then world-wide preoccupation with the nuclear crisis.

Featuring stunning performances from its outstanding cast headed by Benjamin Bratt (Law & Order, Love in a time of Cholera), Rick Schroder (24, NYPD Blue), Eric McCormack (Will & Grace), Daniel Dae Kim (Lost) and Andre Braugher (City of Angels) The Andromeda Strain follows the adventures of a group of scientists called in to contain a deadly outbreak in the Southwest where a satellite, returning to earth, crashed carrying with it a deadly strain of alien virus. The latest adaptation of the intriguing story, due to be broadcast on Sky Movies on May 11th and 12th, is set for DVD release in a special 2 disc release on 19th May 2008 courtesy of Universal Pictures.

Maintaining the highly dramatic biological doomsday feeling of the original 1971 film whilst adding an intriguing topical political spin to the tale, this is one DVD you can't afford to miss. The 2 disc is complemented by over 4 hours of bonus features including a boatload full of commentaries, a behind-the-scenes look at the Making of The Andromeda Strain, the extraordinary visual effects and photo and design gallery.

Directed by two-time Academy Award® nominee Mikael Saloman (Band of Brothers) and from Executive Producers Ridley Scott (American Gangster) and Tony Scott (Deja Vu), The Andromeda Strain offers a thrilling mix of suspense, drama, mystery and science fiction in the telling of the scientists' gargantuan efforts to combat this deadly virus which is endangering humanity's survival.

A U.S. satellite crash-lands near a small town in Utah, unleashing a deadly plague that kills virtually everyone except two survivors - an old man and an infant, who may provide clues to immunizing the population. As the military attempts to quarantine the area, a team of highly specialized scientists are assembled to find a cure and stop the spread of the alien pathogen, code-named Andromeda. 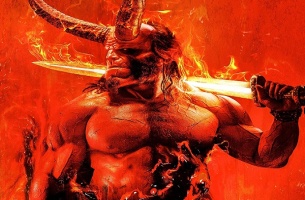