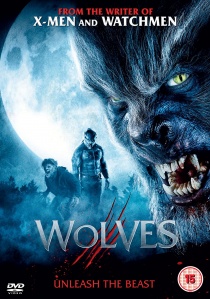 David Hayter, screenwriter of X-Men and Watchmen, proves he's got some serious bite behind the camera with his directorial debut. Packed with blood, fights and plenty of frights Wolves stars Game of Thrones' Jason Momoa and X-Men's Lucas Till, you'd be howling mad to miss this this dark and deliciously sharp horror.

When high-school student Cayden (Till) finds his parents have been brutally murdered, he goes on the run and arrives in the small town of Lupine Ridge, where he discovers the hairy truth to his nature...

The town is home to feuding clans of werewolves, and when Cayden starts to fall for the beautiful Angelina (Patterson) he finds himself as love-rival of brutal clan alpha and pureblood lycan Connor (Momoa). But can Cayden survive and get the girl as the werewolves prepare for a fight to the death? 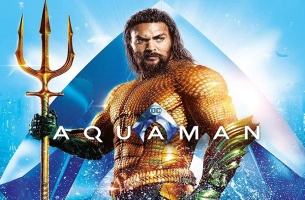 HotDVDBD3D-BDUHD
Aquaman, released on DVD, Blu-ray, 3D Blu-ray and 4K UHD 8th April 2019 from Warner Home Video, reveals the origin story of half-human, half-Atlantean Arthur Curry and takes him on the journey of his lifetime-one that will not only force him to face who he really is, but to ... END_OF_DOCUMENT_TOKEN_TO_BE_REPLACED
Comments
Hot Pick