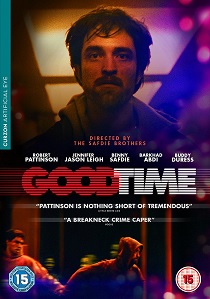 Racing against the clock to get his brother out of jail, Connie Nikas finds himself trying to make some quick hustles while evading arrest on the colourful streets of New York. Directed by the visionary Safdie Brothers (Heaven Knows What, Lenny Cooke) and starring Robert Pattinson (The Twilight Saga franchise, The Rover) and Oscar® nominee Jennifer Jason Leigh (Best Supporting Actress, The Hateful Eight, 2015), the Rotten Tomatoes Certified Fresh film, which was an official selection at the 2016 Cannes Film Festival and received a 6 minute standing ovation.

From acclaimed filmmakers Josh and Benny Safdie comes this hypnotic, adrenaline-fueled crime thriller. In a career-defining role, Robert Pattinson stars as Connie Nikas, who embarks on a twisted one-night odyssey through the city's underworld in a desperate - and dangerous - attempt to get his brother Nick (Benny Safdie) out of jail. 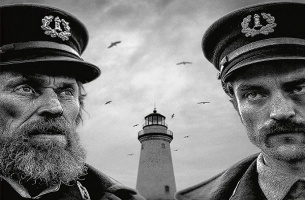 HotDVDBD
Coming to DVD and Blu-ray 8th June 2020, from Robert Eggers, the visionary filmmaker behind the modern horror masterpiece The Witch, comes The Lighthouse, a hypnotic and hallucinatory tale of two lighthouse keepers on a remote and mysterious New England island in the 1890s. END_OF_DOCUMENT_TOKEN_TO_BE_REPLACED
Comments
DVD Releases News Pick

DVD
Tender and violent, terrifying and comic, The English, released on DVD 19th December 2022 from Dazzler Media., takes the arrows and bullets of its genre only to twist them into a uniquely compelling parable on gender, race, ... END_OF_DOCUMENT_TOKEN_TO_BE_REPLACED
Top PicksView