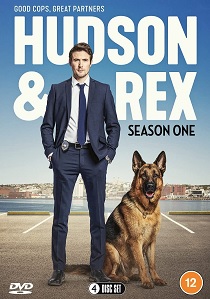 Together, they investigate puzzling crimes, from a kidnapping which reveals a much larger conspiracy at play to an art theft murder which runs deep into the world of high society. With Charlie's deft detective work and Rex's keen canine senses, this crime-fighting pair is unstoppable.

Hudson and Rex: Season 1 is released on DVD 9th August 2021 from Dazzler Media.

DVD
From the acclaimed director of fan-favourites such as Baby Driver, Shaun of the Dead and The World's End comes the tribute to 1960s London in Last Night In Soho, available to own on DVD, Blu-ray and 4K UHD 31st January 2022 ... END_OF_DOCUMENT_TOKEN_TO_BE_REPLACED
Top PicksView