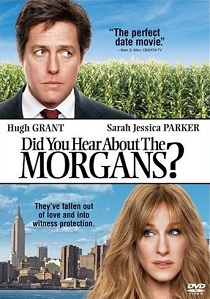 Romantic-comedy icons Hugh Grant (Bridget Jones' Diary, Love Actually) and Sarah Jessica Parker (Sex and the City) finally unite in the fish-out-of-water comedy Did You Hear About the Morgans?, on Blu-ray and DVD from 24th May 2010, courtesy of Sony Pictures Home Entertainment.

From the writer and director of Music and Lyrics and Two Weeks Notice, comes the romantic comedy about an estranged New York couple who witness a murder and are placed in a witness-protection program in a small Wyoming town. The film also stars Sam Elliott (The Contender, Ghost Rider) and Academy Award winner Mary Steenburgen (Best Supporting Actress, Melvin and Howard, 1980). The bonus features include deleted scenes, outtakes, commentary with Director Marc Lawrence and stars Hugh Grant & Sarah Jessica Parker, along with featurettes that showcase the cast, locations, costumes and more!

Hugh Grant and Sarah Jessica Parker star in this delightful, heart-warming comedy about finding love in the most unexpected places. Two successful New Yorkers, Paul (Grant) and Meryl (Parker), are at their wits' end on how to fix their strained marriage. But when they become the only witnesses to a brutal murder, the police hide them away in Wyoming  together. Now these diehard city dwellers will have to survive the weather, bears, fresh air, and forced time with one another if they want to make it out alive. Co-starring Mary Steenburgen, Sam Elliott, and Elisabeth Moss, Did You Hear About The Morgans? is a genuine and funny adventure that will have you falling in love again and again. Directed and written by Marc Lawrence (Music and Lyrics, Two Weeks Notice), Did You Hear About the Morgans? was produced by Liz Glotzer (The Mist, Fracture, Music and Lyrics) and Martin Shafer (Beowulf, Music and Lyrics). 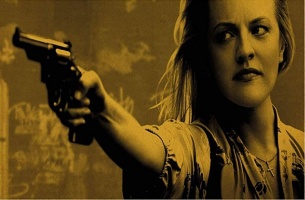 HotDVD
In The Kitchen, released on DVD 20th January 2020 from Warner Home Video, after three Hell's Kitchen housewives mobster husbands are sent to prison by the FBI, they take the Irish mafia's matters into their own hands-proving unexpectedly adept at everything from running the ... END_OF_DOCUMENT_TOKEN_TO_BE_REPLACED
Comments
BD Releases News Pick