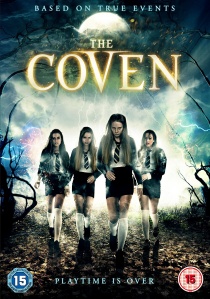 On Halloween night in London, five young schoolchildren are inspired by their teacher to seek out and witness pagan rituals and witchcraft in action. Drawn to a spot of 13 ancient oak trees known as 'The Coven', the girls decide to camp out in the area where people have previously mysteriously disappeared and pagans are still rumoured to meet.

In the Coven they discover the name "LUCIFER" freshly scrawled on the ground and in an act of bravado one of the girls chalks their names under each matching initial. She leaves two spare letters: L and E

What at first starts out as hopeful, naive fun later becomes more sinister as the girls discover they are not alone amongst the closed off trees. The group worryingly begin to suspect they may be part of an upcoming ritual when they are pursued through the woods by a malevolent motorbiker. But what exactly does he want with them?

The spooky supernatural teenage horror The Coven is released on DVD on 16th March 2015 courtesy of 4Digital Media. 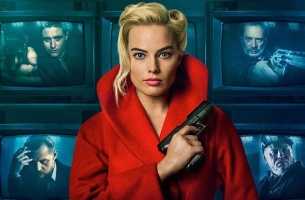 HotDVDBD
In the dark heart of a sprawling, anonymous city, Terminal, released on DVD and Blu-ray 6th August 2018 from Arrow Films, follows the twisting tales of two assassins carrying out a sinister mission, a teacher battling a fatal illness, an enigmatic janitor and a curious ... END_OF_DOCUMENT_TOKEN_TO_BE_REPLACED
Comments
Hot Pick

HotDVDBDDIGITAL
With stunning revelations, glamorous journeys, and the arrival of the Jazz Age, Downton Abbey: A New Era, released on DVD and Blu-ray 15th August 2022 from Warner Home Video, will be the Crawleys' biggest adventure yet as they grapple with their future and new intrigue about ... END_OF_DOCUMENT_TOKEN_TO_BE_REPLACED
Top PicksView