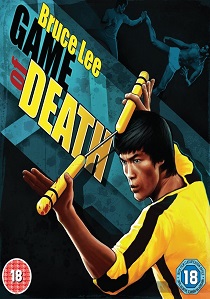 The legendary martial arts film Game of Death was still unfinished at the time of its star and director Bruce Lee's death. Using a mixture of newly shot scenes and footage taken from earlier in Lee's career, the film was given new life and became another martial arts classic.

After rising to fame as a martial arts movie star, Billy Lo (Bruce Lee) refuses to be intimidated by a syndicate of racketeers - causing the syndicate's boss Dr Land (Dean Jagger) to order Billy's assassination.

When the attempt on his life leaves him in need of plastic surgery, Billy fakes his own death and hides away. But when the syndicate kidnaps his fiancée Ann (Colleen Camp) he's forced to come out of hiding and take revenge on them one-by-one...

Game of Death, released on dual-format DVD and Blu-ray on 26th October 2015 courtesy of Mediumrare Entertainment, is the most famous "unfinished" film in movie history. After Lee's untimely death, the film would be finished using a combination of body doubles, previously shot scenes and even footage from Lee's actual funeral - the finished result has become the stuff of movie legend.

The action sequences that Lee did shoot are amongst the most exciting of his career. His physical prowess and timing have never been better, especially in his electric showdown with Kareem Abdul-Jabbar. It's also fascinating to see how director Robert Clouse completed the film and comparing to the urban legends of what Lee's original vision would have been.

Game of Death is an essential piece of martial arts movie history! 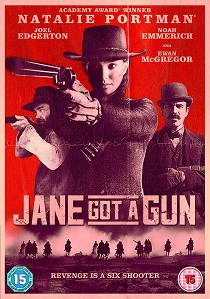 Jane Got A Gun

In Jane Got A Gun Jane Hammond has built a life on the rugged western plains with her husband Bill "Ham" Hammond and young daughter. When Ham stumbles home riddled with bullets after a run-in with the relentless John Bishop and his gang, she knows they will not stop until her family is dead. In desperation, Jane turns to Dan Frost, a man ...