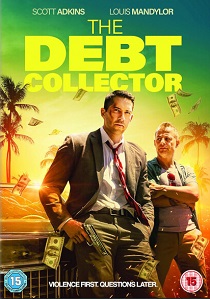 NewsActionAdventure
News Article Go back to homepage
In The Debt Collector, released on DVD by Sony Pictures Home Entertainment on 6th August 2018, a classically-trained martial artist goes to work as a mob debt collector. The job seems easy enough, until a client drags him into a situation deeper than could ever be anticipated.
Scott Adkins, Louis Mandylor, Vladimir Kulich, Tony Todd, Selina Lo
Jesse V. Johnson
Ehud Bleiberg, Deborah Del Prete
Sony Pictures Home Entertainment
1 hour 30 minutes
06/08/2018
#TheDebtCollector
Thank you for supporting DVD365.net when you order using the link(s) below. As an Amazon Associate we earn from qualifying purchases
Buy DVD
Information

French is running a martial arts gym, training promising new fighters -- but it hasn't exactly been paying the bills. To make ends meet, he begins working for the notorious (but elusive) Tommy, servicing various criminal outfits throughout Southern California.

Working by a number scale, with #10 being a threat and a #1 being a full-on trip to the hospital, French and his partner Sue are in charge of chasing down any kind of criminal or low-life who owes money to the organisation. Beating, fighting, chasing, breaking bones and sliding through traffic from one job to another it's always something new.

But when French has to track down an Irish barkeep with a secret, he encounters someone worth saving and will have to question himself and maybe do the right thing... for once.

The Debt Collector is released on DVD by Sony Pictures Home Entertainment on 6th August 2018. 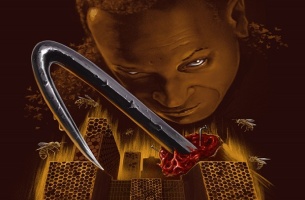 BD
After moving to a new town, two brothers discover that the area is a haven for vampires as the classic The Lost Boys is released on 4K UHD 20th September 2022 from Warner Home Video. END_OF_DOCUMENT_TOKEN_TO_BE_REPLACED
Top PicksView