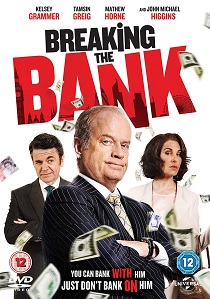 Kelsey Grammer stars as Charles Bunbury, the bumbling chairman of London's historic, yet struggling, bank Tuftons, founded by the family of his wife Penelope (Tamsin Greig). The only problem is that he knows nothing about banking...

When ruthless US and Japanese investment banks start circling, Charles bets it all on a risky investment but ends up breaking the bank and is booted out in disgrace. Homeless and living on the streets, Charles begins to form an unlikely alliance in an attempt to short and hedge his way to getting back his wife and her bank.