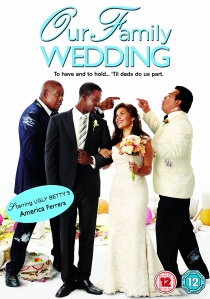 Our Family Wedding is the hilarious and heartwarming romantic comedy set to enthrall audiences this summer. This dysfunctional tale of wedding warfare is the perfect antidote to the summer's action packed blockbusters and is available to own on DVD on 16th May 2011 from Twentieth Century Fox Home Entertainment.

Directed by Rick Famuyiwa (The Wood, Brown Sugar), recent college graduates African-American Marcus (Lance Gross; House of Payne, Meet the Browns) and Mexican-American Lucia (America Ferrera; Ugly Betty, The Sisterhood of the Travelling Pants) return home to share the exciting news of their impending nuptials with their respective families, but soon discover that planning their big day isn't going to be as straight forward as they had originally hoped!

They soon discover that their families have already crossed paths as Marcus' father, radio talk show host Brad Boyd (Academy Award® Winner Forest Whitaker; The Last King of Scotland, Where the Wild Things Are), has fallen foul of a tow truck driver who just happens to be Lucia's father (Carlos Mencia; The Proud Family, The Heartbreak Kid), erupting into a rivalry that threatens to derail the big day. With Lucia's mother pushing her own beliefs of a 'dream wedding' onto her daughter, it takes Brad's best friend, the cool headed Angela, (Regina King; Legally Blonde 2, Jerry Maguire), to try and inject some sanity into proceedings.

As Marcus and Lucia are forced to adopt a "their wedding, our marriage" mantra, the small wedding they dreamt of soon spirals into a lavish affair as the two fathers wreak havoc on the couple's plans. With insults flying and tempers running high, it's anyone's guess if the alpha dads will survive to make it down the aisle in one piece! In Our Family Wedding, Lucia and Marcus learn the hard way that the path to saying "I do" can be rife with familial strife and soon discover there is truth to the saying - that when you marry someone you marry their family.

Don't miss this hilarious drama of wedding woes when Our Family Wedding is released to own on DVD from 16th May 2011 courtesy of Twentieth Century Fox Home Entertainment. 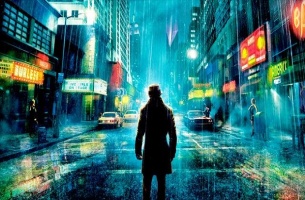 HotDVDBDDIGITALTVBoxset
Set in an alternate history where masked vigilantes are treated as outlaws, Watchmen: Season 1, released on DVD and Blu-ray 1st June 2020 from Warner Home Video, reunites Lindelof with The Leftovers' Regina King, leading the cast as Angela Abar, who wears two masks; one as a ... END_OF_DOCUMENT_TOKEN_TO_BE_REPLACED
Comments
UHD Releases News Pick