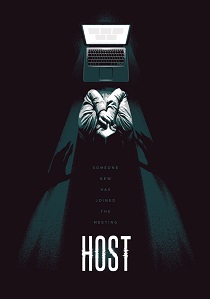 Six friends get together during lockdown for their weekly video call. It's Haley's (Haley Bishop; Angel had Fallen, Deep State) turn to organise an activity and instead of a quiz, she's arranged for a medium to conduct a séance.

Bored and feeling mischievous, Jemma (Jemma Moore; Wonder Woman, Doom: Annihilation) decides to have some fun and invents a story about a boy in her school who hanged himself. However, her prank gives license for a demonic presence to cross over, taking on the guise of the boy from the made-up story. The friends start to notice strange occurrences as the evil presence begins to make itself known in their homes... will they get to leave the meeting unscathed or will it be the end for them all?