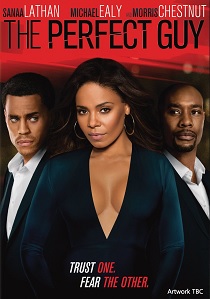 The film follows Leah Vaughn (Sanaa Lathan), who, after a painful breakup, jumps into a passionate relationship with a charming stranger (Michael Ealy). When her ex-boyfriend (Morris Chestnut) resurfaces in her life, she has to figure out who she should trust and who she should fear. The suspense keeps viewers guessing, and shocks with "a twist nobody sees coming", according to Gayle King from O, The Oprah Magazine.

After a painful breakup with her long-term boyfriend (Chestnut), successful lobbyist Leah Vaughn (Lathan) jumps into a passionate relationship with a charming stranger, Carter (Ealy), who seems to be the perfect guy. But, after a sexually-charged courtship, she sees a violent side of him and dissolves the budding relationship. In a jealous rage and fueled by insane revenge, he turns her life upside down.

UHD
Pixar Animation Studios presents Cars, the high-octane adventure comedy that shows life is about the journey, not the finish line, zooming in for the first time on 4K Ultra HD 19th July 2021, exclusive to Zavvi. END_OF_DOCUMENT_TOKEN_TO_BE_REPLACED
Top PicksView