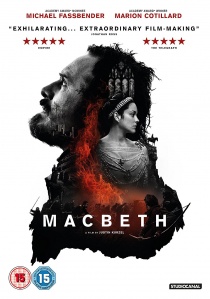 Macbeth is the story of a fearless warrior and inspiring leader brought low by ambition and desire. A thrilling interpretation of the dramatic realities of the times and a reimagining of what wartime must have been like for one of Shakespeare's most famous and compelling characters, a story of all-consuming passion and ambition, set in war torn Scottish landscape.

Macbeth is Justin Kurzel's visionary adaptation of the most famous of Shakespeare's dramas, a thrilling war-epic charting the deadly effects of one man's ruthless ambition. Academy-Award® winners Iain Canning and Emile Sherman of See-Saw Films (The King's Speech, Shame) produce with Laura Hastings-Smith (Hunger). Macbeth was developed by See-Saw Films and Film 4 and is majority financed by StudioCanal with Film4.

Demonstrating the same command of landscape and character that defined his critically acclaimed debut Snowtown, Justin Kurzel has been highly praised for this vividly contemporary imagining of the tragic hero. Born for this role as lauded by international critics on release, Michael Fassbender (12 Years A Slave) creates a sympathetic portrayal of even Macbeth's darkest hours. Alongside him is Marion Cotillard (La Vie En Rose) delivering a magnetic, nuanced projection of one of the most famous and complex female characters in British literature. Making the stunning and atmospheric Scottish landscape such a vital, glowering presence in the film is Adam Arkapaw delivering the Cinematography.

Kurzel succeeds in making this most adapted and familiar of stories feel both strikingly modern and accessible. He skilfully brings out the undercurrents of the original play to create a thriller revealing the lasting effects of war on a heroic returning soldier, and the passionate story of a heartbroken couple first united but then ultimately separated by desire for power.

Macbeth is lead by powerhouse performances by Fassbender and Cotillard but no less vital are the outstanding supporting cast bringing the war-torn community of characters so vividly to life. David Thewlis (the Harry Potter series) gives a tragic performance as the soon-to-be-slain King Duncan, whose death sets Macbeth and Lady Macbeth on their inexorable road to power. Playing his son, the returning Hero Malcolm, is rising Irish star Jack Reynor (What Richard Did), and giving an emotionally charged interpretation of Banquo is Paddy Considine, as Macbeth's closest friend, whose loss deprives him of the last force for good in his life. Sean Harris (Prometheus) delivers a blistering performance as Macduff, Macbeth's nemesis, and harbinger of the Witches long-prophesied downfall.

Macbeth is a thrilling, extraordinary piece of filmmaking that will rank as one of the most definitive interpretations of the war-strewn story of ambition, passion and one hero's lust for glory. 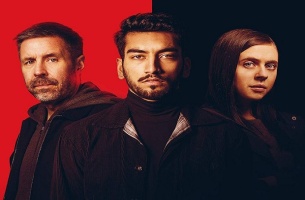 HotDVDBDTV
Informer, released on DVD and Blu-ray 10th October 2018 from Spirit Entertainment Ltd, is a British television drama in which a young man is reluctantly recruited as an informer for the counter-terrorism network. END_OF_DOCUMENT_TOKEN_TO_BE_REPLACED
Comments
DVD Releases News Pick

DVD
A 13-year-old girl named Meilin turns into a giant red panda whenever she gets too excited in Disney and Pixar's 25th feature film Turning Red, released on DVD, Blu-ray and 4K UHD 2nd May 2022 from Walt Disney Home ... END_OF_DOCUMENT_TOKEN_TO_BE_REPLACED
Top PicksView