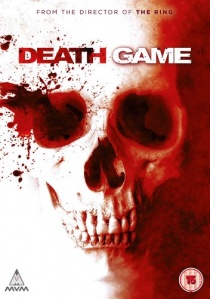 From the acclaimed director Hideo Nakata (The Ring), Big Brother meets Battle Royale in Death Game, released on DVD by MVM on 8th July 2013. Based on the best selling novel The Incite House - 7 Day Death Game this psychological thriller meets horror shows the terrible lengths that humans will go to to survive.

When ten strangers agree to an interview for the same lucrative job offer, they find themselves locked in an underground complex to take part in a psychological experiment for seven days.

The group soon discovers that the pay is too good to be true when the horrifying specifics of the game are unveiled. Trust each other, kill, or be killed. The world watches while the contestants fight for their life in a sick and twisted survival of the fittest.

UHD
Tom Hardy returns as the lethal protector Venom, one of Marvel's greatest and most complex characters in Venom: Let There Be Carnage, available on 4K Ultra HD, Blu-ray and DVD on 3rd January 2022 from Sony Pictures Home ... END_OF_DOCUMENT_TOKEN_TO_BE_REPLACED
Top PicksView