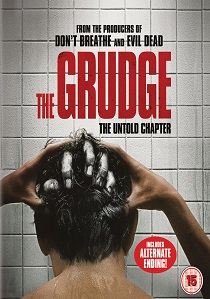 In the darkest, creepiest and most shocking film in the series, a curse born in Japan is simultaneously unleashed in the U.S. Those who encounter it are consumed by its fury and met with a violent and terrible fate.

The bonus content for The Grudge includes over 40 minutes of Special Features including an alternative ending and bonus scenes too terrifying for cinemas!