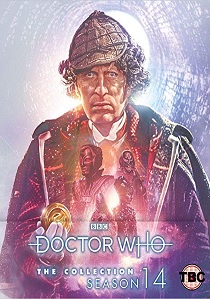 In 1976, Doctor Who took a dramatic new turn, electrifying audiences with changes in format, companion and appearance of the TARDIS. Season 14 saw the departure of the Doctor's long-term companion Sarah Jane Smith, and the introduction of Leela.

The season contains some of Tom Baker's most iconic serials, with intrepid investigations in Victorian London, deadly robots in a murderous whodunit, a return to the Doctor's homeworld, and one of the saddest goodbyes in Doctor Who history.